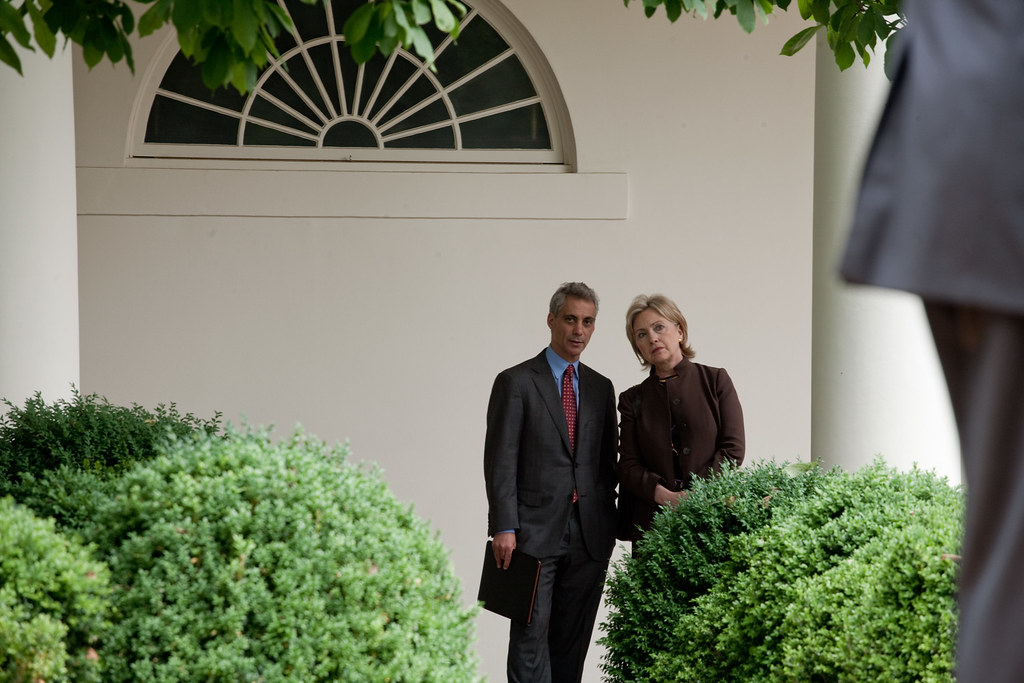 In an interview on CBS This Morning, Former Chicago Mayor Rahm Emanuel criticized the candidacy of Vermont Senator Bernie Sanders as a destructive force to the Democratic Party.

The crux of his argument centers around Sanders’s perceived dismissal of moderate liberal voters. “His view is, forget the center, we just want to be left. And that’s never been tried,” Rahm explained.

Despite Bernie’s surge over the previous several months establishing him as the frontrunner in the Democratic primary, Rahm Emanuel fears the impact on down-ballot races. He recalled the midterm election cycles in 2006 and 2018 in which a center-left strategy delivered wins for Democrats.

While the progressive left-wing of the electorate form Bernie’s stable base, moderates siphoned from centrist candidates comprise the gains that put him ahead of his competitors. Polling in Nevada showed Sanders out-performed the rest of the field with moderate liberals, among several other key demographics.

Furthermore, political analysts draw comparisons between the brand of establishment rejection from Trump’s 2016 campaign and Sanders’s rhetoric on political revolution. Hillary Clinton’s moderate appeal in the 2016 general failed to deliver the presidency. Populism, as opposed to party, proved a vital political tailwind.

The mayoral tenure of Rahm Emanuel followed a position in the Obama administration as the president’s chief of staff. He left that position to run for office in his hometown of Chicago. While mayor, Emanuel made extensive cuts resulting in 50 public school closures, as well as half the city’s mental health clinics. Later, in his second term, he pushed through a $95 million initiative to build a new police academy in a majority Black community starved for investment.

His administration’s refusal to release critical dashcam footage of a 2014 police shooting during his reelection campaign sparked backlash from Chicagoans fed up with police misconduct.

Criticism of his leadership finally culminated in his decision to retire rather than seek a third term. Emanuel’s centrist political career became a liability as voter interests shift increasingly to the left.

His critique of Bernie’s candidacy echoes comments made by former Sanders rival Hillary Clinton earlier this month. Despite these perceptions, Sanders holds a commanding lead many anticipate will deliver him the nomination – so long as super delegates with opinions and party loyalties similar to Emanuel and Clinton don’t vote against the most popular candidate in a brokered convention this July.