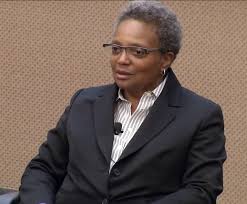 Chicago’s City Council Committee on Contract Oversight and Equity debated Tuesday about potential cutouts for LGBT owned businesses. The debate preceded approval to launch a study serving as a precursor to the cutouts.

Sixteen years ago, a similar proposal made by then Alderman Tom Tunney met pushback both from within and outside Chicago’s gay community. Then, critics argued cutouts already existed for minority groups. The city established them for both women and Black business owners. Therefore, they contested, further cutouts would only benefit one group, gay white men, already enjoying societal privilege on account of their race and sex.

Tunney dropped the proposal amidst the criticisms.

Today, Mayor Lori Lightfoot, Chicago’s first openly gay mayor, wants to revisit LGBT cutouts. She launched a study, approved by the committee on Tuesday, to determine the next steps. However, as with Tunney’s proposal, echoes of the same concerns arose.

Alderman Walter Burnett vocalized a few of his concerns at the meeting. For one, he expressed hesitation after witnessing fraud in other contract bids. When the city added women as a minority group, he said they saw white women fronting for white males taking advantage of the program. Similarly, he spoke of concerns in verifying sexual orientation, and potential fraud there.

Chairman of the City Council’s Black Caucus Jason Ervin said, “I do have some concerns [about] …creating a situation where individuals could fraudulently assert themselves to be something that they’re not in order to get a financial gain [by claiming] something that has a lot of subjective qualifiers, but there truly is not an objective point.”

Senior vice-president of the National LGBT Chamber of Commerce Jonathan Lovitz countered, claiming little evidence of fraud in similar programs across the country.

He also noted discrimination against gay and trans people remains legal in much of the country. Only 15 states passed laws against it.

The resolution passed yesterday calls for a report to be given to Mayor Lightfoot by September 23.