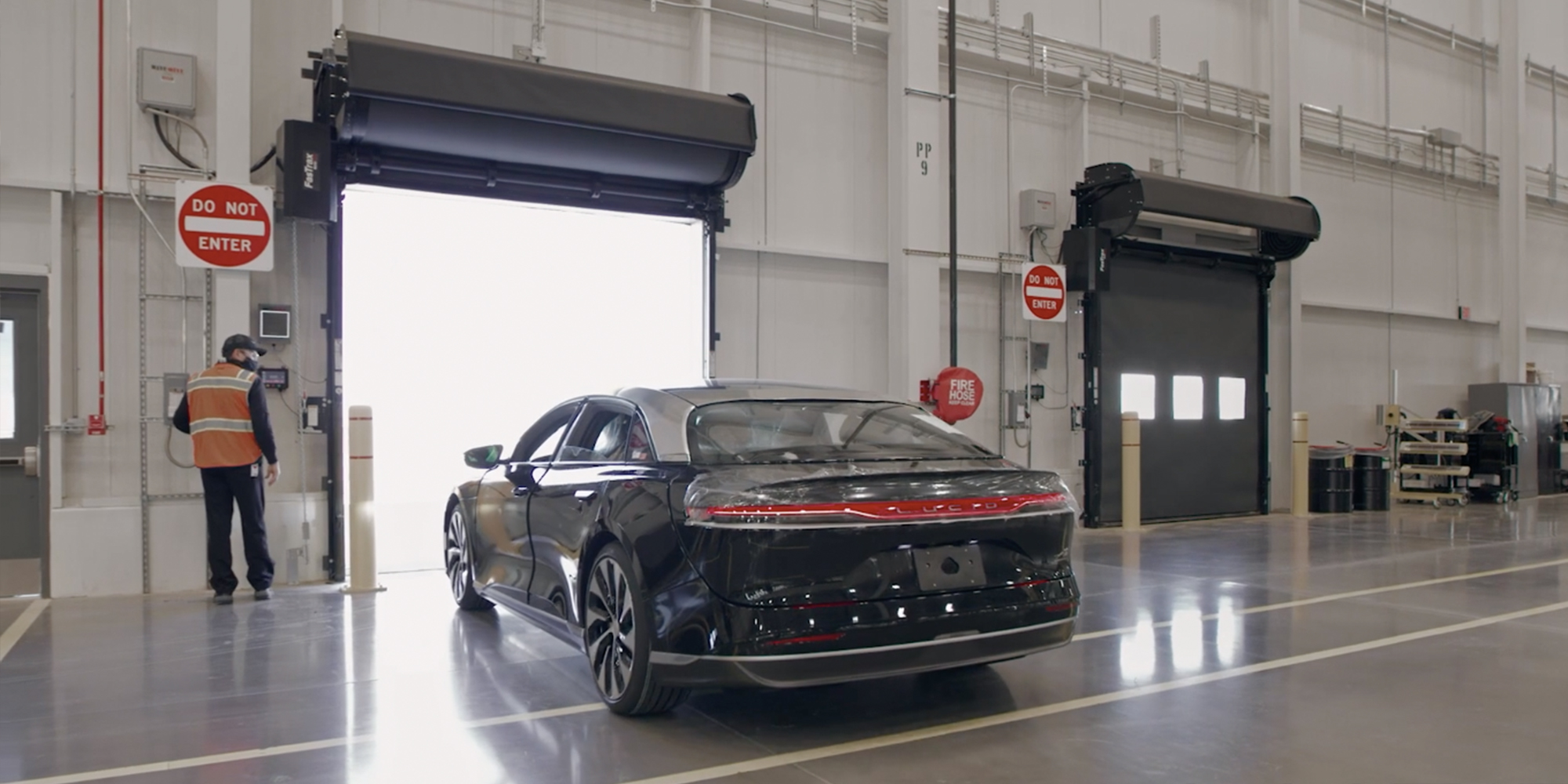 Lucid Motors has yet to offer a more specific timeline of when customers might see first deliveries of its flagship Air sedan. Despite some frustration, or perhaps impatience is a better word, the anticipation around the Lucid Air continues to swell. To stay on the top of people’s minds (and your home page), Lucid has released another behind-the-scenes look at its AMP-1 facility.

The video, which went live this morning, focuses on the assembly of the Lucid Air, showcasing all the protocols the EV goes through. It also focuses on the AMP-1 team at Lucid, offering a glimpse into the various departments within the factory and how they work together as one cohesive unit.

The AMP-1 (Advanced Manufacturing Plant) is the first, purpose-built EV manufacturing site in North America. According to the automaker’s website, the factory design was implemented with a “future-ready” strategy in mind. According to Lucid’s VP of manufacturing, Peter Hochholdinger:

“As we add new platforms and vehicles to our lineup, the planning that went into this facility ensures that we will always be able to keep up with growing customer demand for advanced electric vehicles.”

Phase 1, which was completed last November, has begun production on the Air sedan. It can currently build 34,000 vehicles per year. Current assembly lines handle six jobs per hour, which comes out to one vehicle every 10 minutes.

Lucid has been sharing its AMP-1 factory one peak behind the curtain at a time since phase 1 completed. First, it shared footage of its paint shop. Then, there’s more extensive view of AMP-1 and updates from Lucid CEO Peter Rawlinson, about the status of Air deliveries.

That was mid-February and everything was on track according to Rawlinson. However, a couple weeks later, the automaker would announce that spring deliveries of the Air Dream Edition would be pushed toward sometime in the second half of 2021.

After announcing a trendy SPAC merger with Churchill Capital Group last month, Lucid felt it had the leeway to take its time to truly master its Air sedan at AMP-1 before delivering it. To keep the hype train going while customers continue to pace, Lucid has now released another behind-the-scenes video.